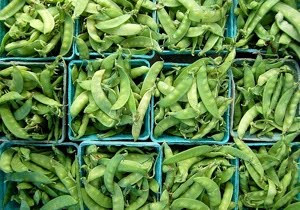 The ideal agriculture in our opinion is both productive - produces a lot more. We need it and there are a billion people hungry today. But, at the same time, we’re running out of planet, and we can't afford to be damaging the environmental resources that actually agriculture largely relies upon.

Jules Pretty, an agricultural expert at the University of Essex in the United Kingdom. He's also an author of a late 2009 Royal Society report on the science of global agriculture.

Jules Pretty said that global food production will have to increase by 50 to 100% in the next 30 to 40 years, in order to feed Earth's growing population.

"What we're saying is, look at the system first of all, and then see how you can manipulate it. If you can get your spiders and beetles to eat all your pests, then great. Do that first. If you can't, then you might have to use a pesticide. " said Jules Pretty.

He also illustrated the point with an example from East Africa.

Scientists working on the chemical signals that plants give off realized that if you had the right kind of grasses growing next to your maize fields, then those grasses repelled the pests that would normally come to eat your maize. So if you have a mixed system, and design it very carefully, you don't need to use any pesticides to kill the pests.